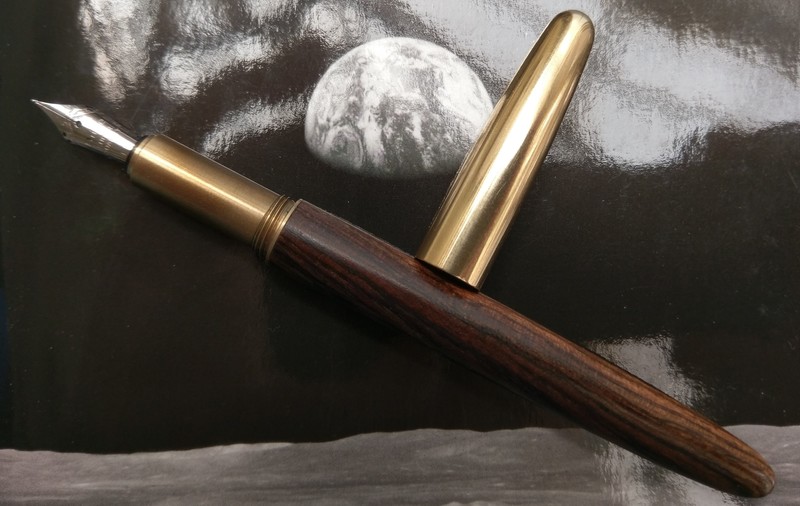 If you'd asked me a year or two ago to have a look at a wood-bodied fountain pen, you'd not have gotten much more than polite interest.

I mean, where do you find wood in vintage pens or among modern makers? Wood, I figured, was for home hobbyists, corporate giveaways and a few high-end esoteric offerings.

No thanks. My attention was on quality plastics, acrylics, ebonite and, drool, celluloid.

What changed my opinion was my introduction to traditional pocket knives. One of the first knives I picked up was an gentleman's folder with ebony handle scales. It was stunning. I later added a folding knife with bloodwood handles. New thoughts began to percolate. Wood had something to offer.

In the pen world, however, pickings were still pretty slim. I could never pull the trigger on a Jinhao 8802. Too un-forward looking. And I have a hard time with the great big chariot on the clip.

Fortunately, Chinese pens are evolving quickly. Pockets of real innovation are emerging. Moonman and the M1 are definitely part of this trend. Perhaps even at the forefront.

While I was thinking about getting an M1, I decided to ink up something I hadn't used lately and landed on a vintage Sheaffer Crest. I really enjoy the slim size, light weight and overall quality of the pen. For a vintage pen, they sure had the cap system down. It comes off with a mere half turn.

The Sheaffer, coincidentally, also sports a slightly upturned waverly-style Triumph nib, similar to the fude/art nib option that Frank Underwater recommends in his review of the Moonman M1. It seemed like a fun thing to do so that's what I chose.

The M1 actually comes in a bunch of flavors: different woods as well as a chrome cap and section. One version even comes with with brushed bronze.

Since I already have a brass mechanical pencil I like a whole lot, that's what I went for. For the body, I chose Tiger wood. The pen was a little over $12 on Taobao. 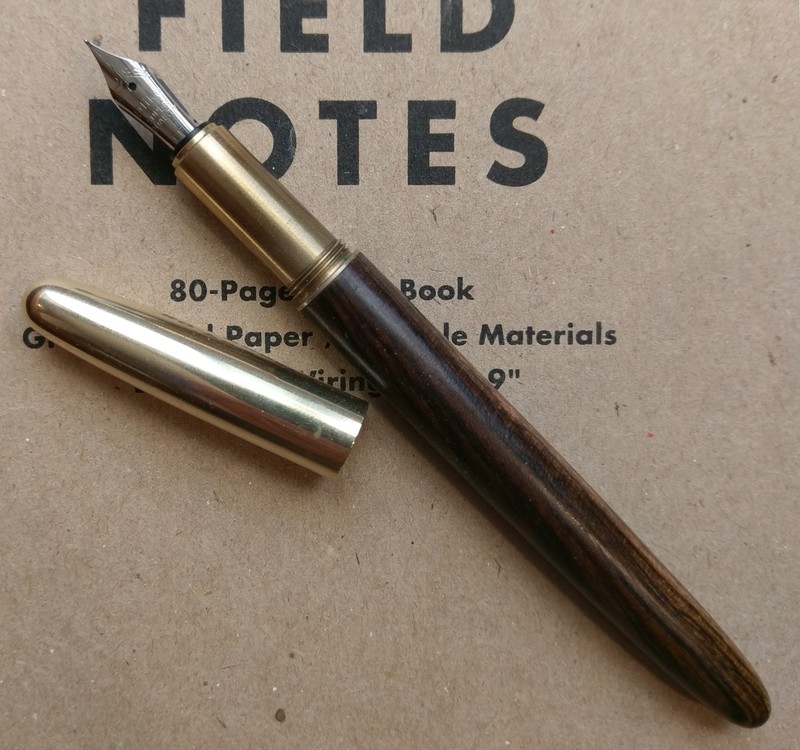 As Frank Underwater notes, Moonman is a new brand coming from the Taobao pen seller/designer Shanghai Jingdian. As the pens use Delike nibs, (and as Delike themselves have now released a very similar pen) it would appear that the M1 is manufactured by Delike.

The pen is relatively long and slim. The section doesn't taper much at all. The cap takes about 3 turns to remove. The cap could post, I suppose, but the threads would likely tear up the wood and severely mess up the balance.

Compared to a few other pens, the Moonman M1 is slimmer and slightly longer. For writing, it's heavier than the PenBBS 308, Baoer 388 (unposted) and Sheaffer Crest, but the forward balance keeps the feeling light.

The M1 uses the same screw-in nib unit the Delike Alpha and New Moon 2 pens so folks with those pens can swap nibs.

The pen comes with a converter. Swapping other converters was hit and miss. A Baoer converter worked. One from a Jinhao 992 wouldn't fit in the section.

Like posting, eye-droppering this pen has got to be out of bounds. I don't plan to find out.

The art/fude nib option is certainly one of the more interesting things about this pen. I'd previously thought fude nibs were intended to mimic brush strokes for writing Chinese characters. Moonman themselves label their fude as a small art nib (小美工弯尖) which I take as meaning for drawing. They list width of the nib as 0.6mm, so about the same as a traditional M.

The tip turns up only very slightly. What you get is a sweetspot so that when the pen is at the correct angle the pen writes with a remarkably broad, wet line. The nib in my pen was smooth out of the box. 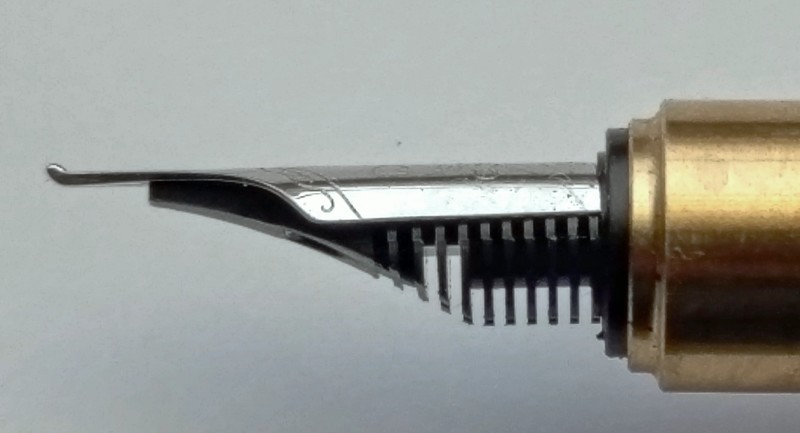 So what does that line look like? Have a look. 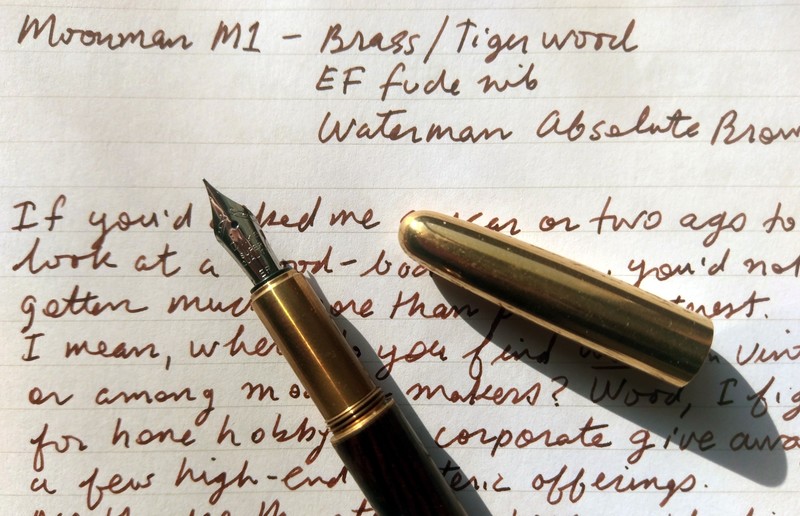 You'd think this was a M nib. It certainly writes as broad a line as TWSBI M nib. It's also very similar to the Sheaffer Crest. 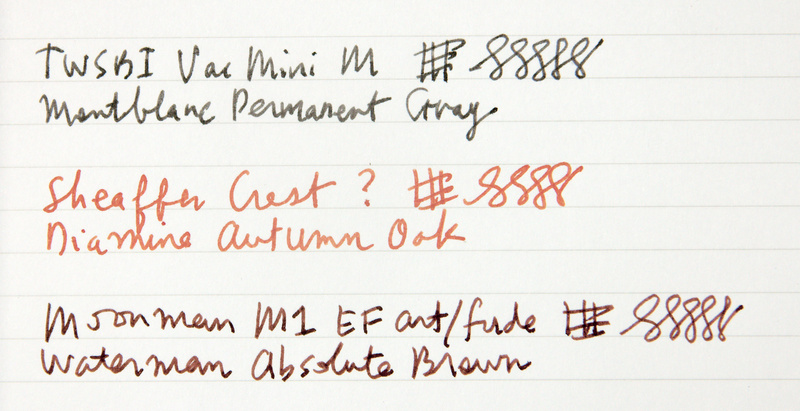 Overall, the writing experience with the pen is a gas. The balance is toward the front making the pen feel lighter than it is. For me, it is a lot like writing with the Sheaffer Crest.

The M1 comfortable to write with under most circumstances, but is less forgiving than a bulkier pen so it's easy for my handwriting to become fairly unintelligible. It's best for a relaxed, flowing hand.

The sweetspot is where this pen really shines. Fortunately, it's big and not overly finicky. I found it more forgiving, for example, than my Lamy 2000. That pen took some time to understand the technique it likes.

So what's the verdict? Simple. The Moonman M1 a great pen, I'd definitely recommend for folks into fountain pens. Two thumbs up for the fude/art nib.

I don't think I'd recommend it, however, as a first fountain pen. The things that make this pen special could be a pain for someone just getting started.

It's not particularly practical. With no clip, the cap is apt to roll off a table or desk if you don't take care. No clip means it won't stay in your shirt pocket if that's where you carry pens.

Wood isn't particularly tough, so the pen may be fragile or get banged up if you take up and put down your pen 60 times an hour. Dropping this pen might not be the best thing. And the brass of the section and cap are bare so it will darken over time.

This pen reminds me of other rewarding hobbyist activities that take a little time to appreciate. When you're over whatever learning hump they require, it's all gravy from there.

The T1 is Moonman's first piston filler fountain pen. It's also their first pen made from aluminum. Turns out the T1 is a very nice pen! 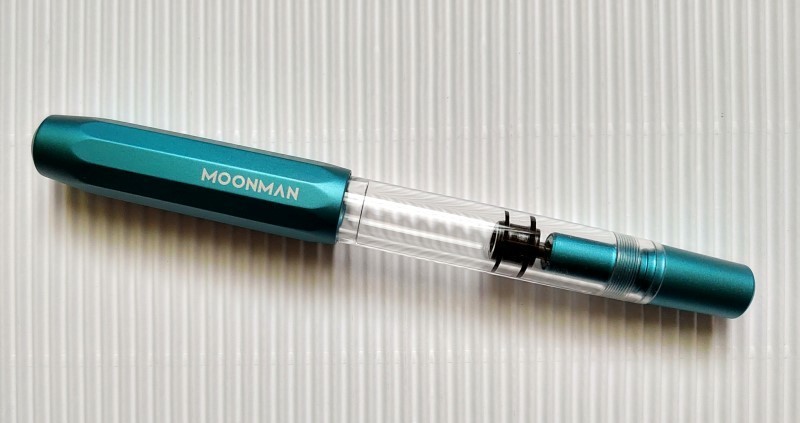 The Precision is unlike any of the other TWSBI pens in my collection. Nonetheless, it's turned out to be a more than welcome addition. The design has won me over; I'm all in. The quality is more than evident. The writing performance is flawless. T...

Explore the importance of probability and statistics for data science.
The terms data science and data engineering are often misused and confused, so let me start off right here by clarifying that these two fields are, in fact, separate and dist...