Natami Inception - The Start of Something Beautiful

Here's another under-the-radar Chinese pen well worth a look. The Natami Inception is a Platinum #3776 Century clone. And a very well made one.

I've never treated myself to a Platinum #3776 Century - as much as the Chartres Blue appeals.

The Inception is only available in a fine nib but comes in six color-trim options: clear, dark blue and light blue with silver trim and red, green and clear with rose gold trim. 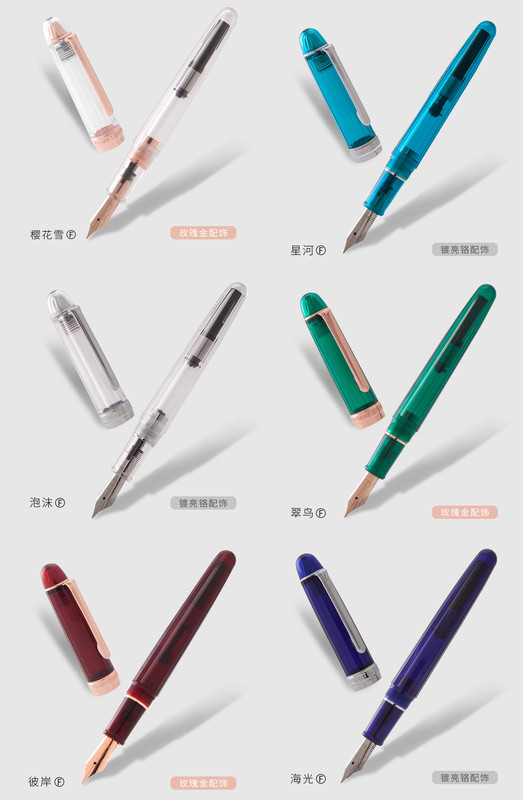 The Natami brand is a bit of a mystery. It is positioned as Japanese (日本NATAMI奈多美), but seems to sell only this pen, a 10-color collection of ink, a notebook cover and a plastic pen box.

I suspect that if this pen doesn't make a big splash, there may not a follow-up. But you never know.

The silver trim pens sell for just under US$12 on Taobao. The gold trim versions are about US$13. Some sellers even throw in a bottle of ink with the pen. Sadly, shipping ink out of China is a no-no so international buyers can't take advantage.

The pen is really very nice. It feels wonderful in the hand. The plastic seems harder than the acrylics used by PenBBS, Moonman, Delike and other Chinese brands.

The cap has a spring-loaded liner to seal the nib like the 3776, something I don't recall in other Chinese pens.

The cap comes off in just over two turns, which may be more than some like. I don't mind. The pen posts fairly easily but not too deeply.

The pen is 142mm capped, 122mm uncapped and 166mm posted. That makes it slightly shorter than a Moonman M100 and Wing Sung 618 when unposted. 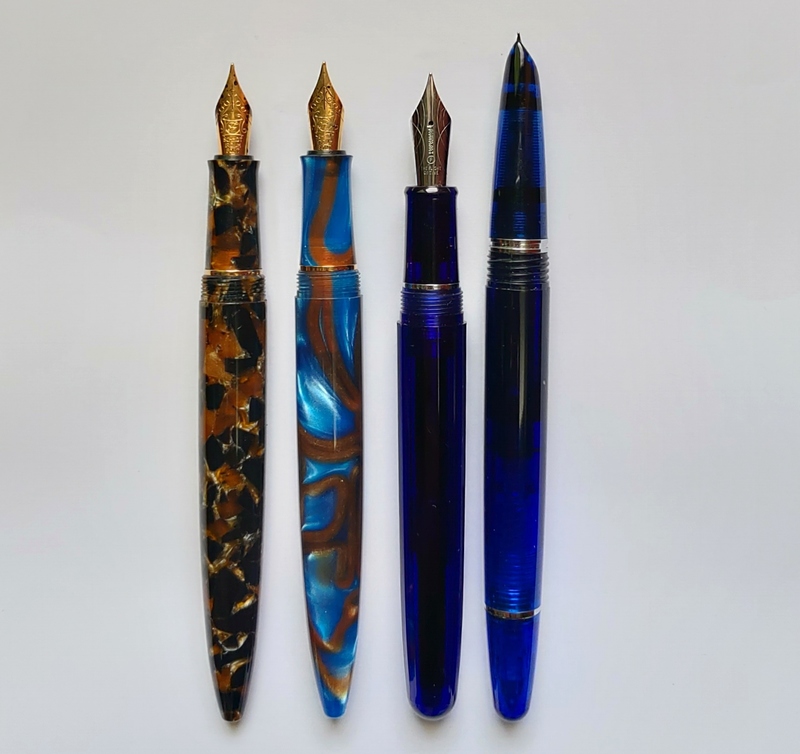 Posted, however, it is the larger pen. 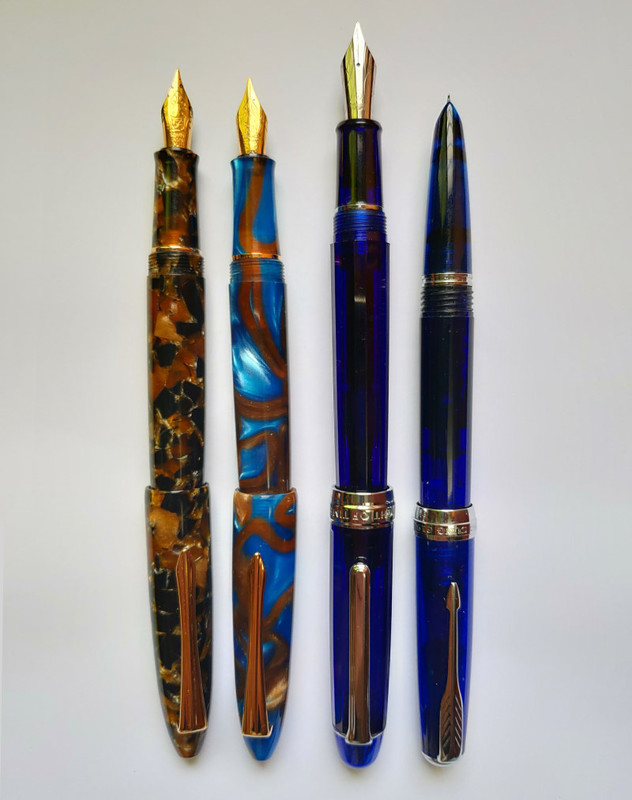 Uncapped the pen is 13.14g. Posted it is 25.77g, making it a very comfortable weight to write with either way. I use it both ways regularly.

No big news that the pen uses a converter. The converter it comes with works well. 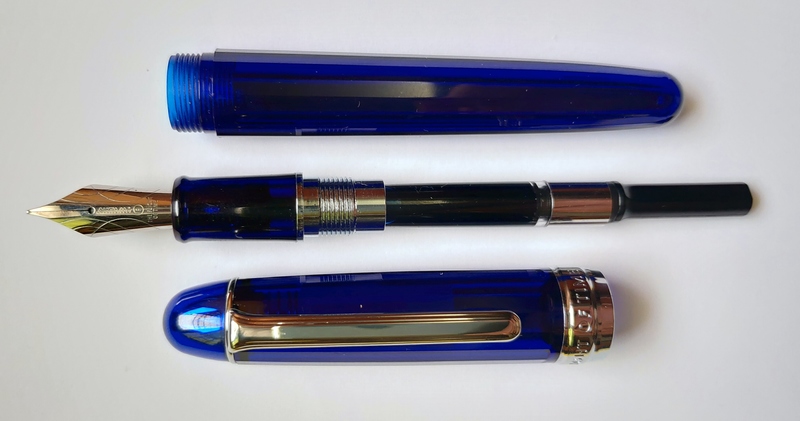 What makes this pen special? First, the facets. Count me a huge fan. 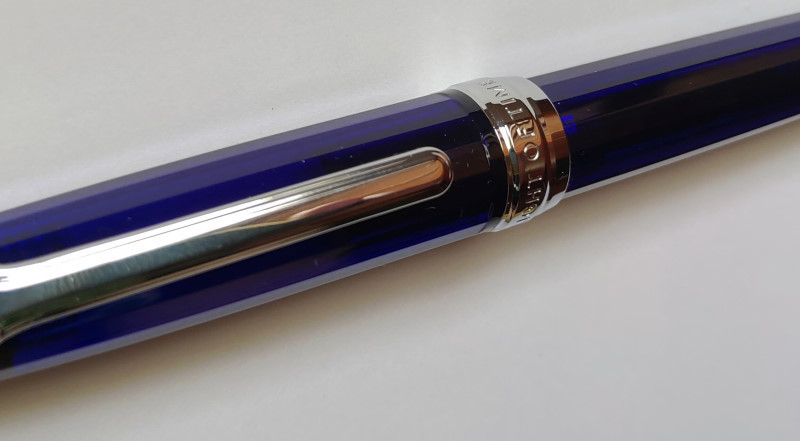 I also really like the overall style of the pen. And the color. Well, Natami has copied from one of the best.

The cap band branding Flight of Time on one side and 1919 on the other is hard to decipher but not objectionable. Maybe it commemorates the May Fourth Movement?

I sort of doubt Flight of Time has to do with the poem of that name by American poet, journalist and diplomat Herman Bernstein published in 1899. 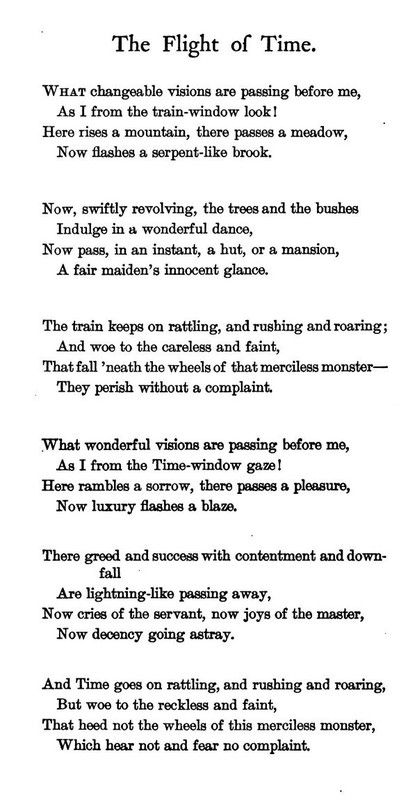 Beyond the basics, what I really like about this pen is the nib. It's larger than the #5 nibs found on similar pens. In fact, it appears to be the same No. 28 nib as on the Wing Sung 627 and 626. That's a big plus in my book.

And the nib writes very nicely. Wet, smooth and not too fine. It writes so well that I bought a second one. This time green. 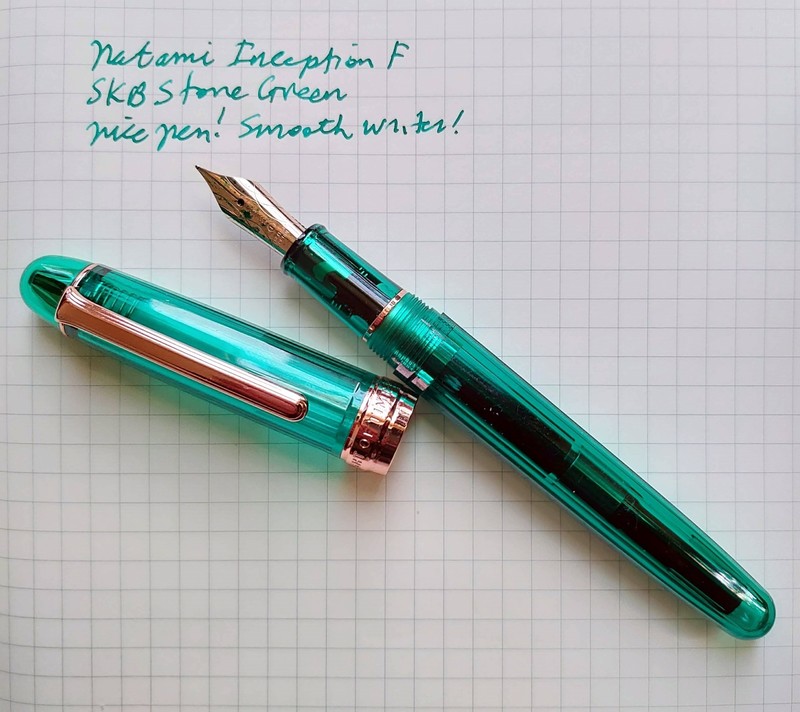 Rose gold trim is generally not my first choice, but I'm getting used to it. 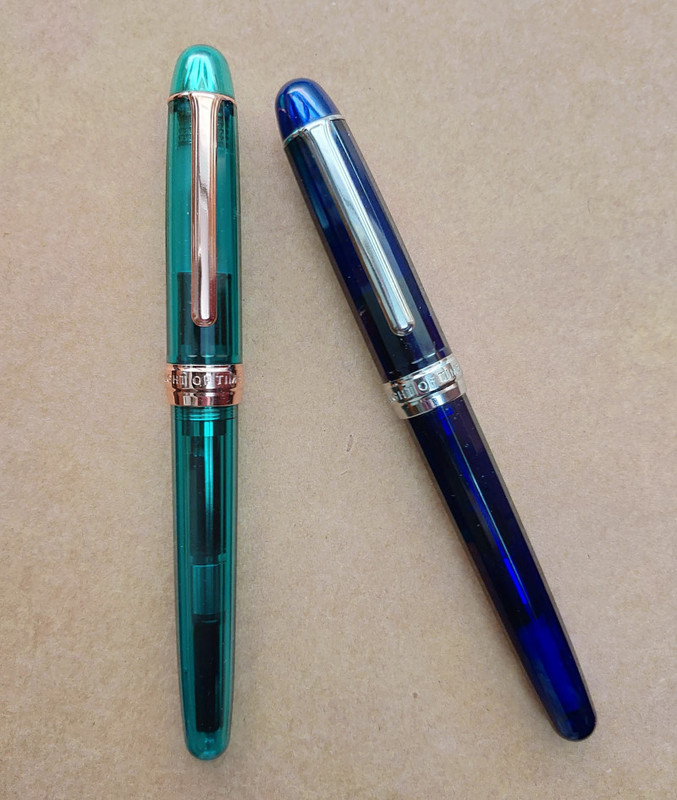 All in all the Natami Inception is an excellent pen. I figure I'll stop at two, but I'm more than happy to have this pair in my collection. Highly recommended.

can by used as an eyedropper?

2
EDC
Join to follow...
Follow/Unfollow Writer: EDC
By following, you’ll receive notifications when this author publishes new articles.
Don't wait! Sign up to follow this writer.
WriterShelf is a privacy-oriented writing platform. Unleash the power of your voice. It's free!
Sign up. Join WriterShelf now! Already a member. Login to WriterShelf.
Mostly pens
EDC, on 2020/03/23, said:
Enterprising Periwinkle Cormorant, on 2020/03/23, said:
can by used as an eyedropper?

No. The section threads are metal so that wouldn't be advisable. The threads are likely corrode.

Fuliwen is not a pen brand I'm overly familiar with. It's been covered in Frank Underwater's blog and this particular pen, dubbed the Sceptre, has been reviewed by chrisrap52, WaskiSquirrel and Aaron's Pen Videos on YouTube.
I didn't pay much a...

The PenBBS 308 is a pen designed by fountain pen lovers. People who know their stuff. For me, it's an instant classic. More to explore
Why You Should Get IV Vitamin C Therapy

Source
IV vitamin C therapy is the administration of a high dose of vitamin C administered intravenously. It is an antioxidant that aids in preventing oxidative stress, which essentially strengthens the immune system. Since h... 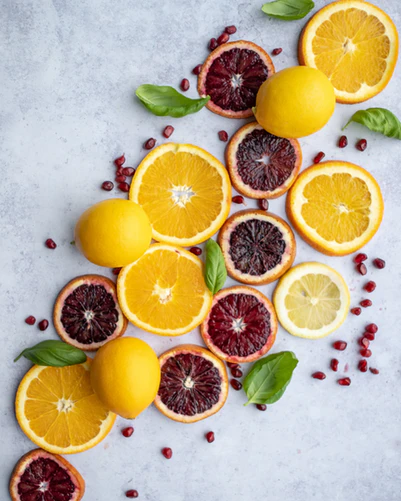 Privacy is important. We respect yours and are careful with your data.
General information
This policy sets out our privacy practices and explains how we handle the information we collect when you visit and use our site.
What we may collect
...